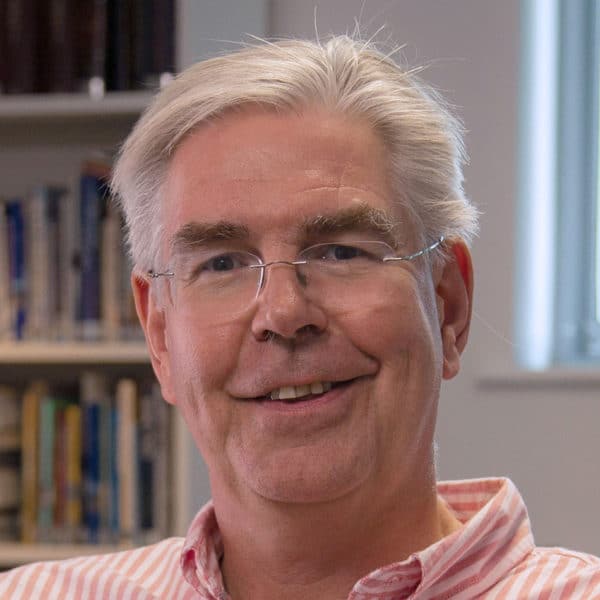 Born and brought up in Birmingham, John Stevens was converted as a law student. He had a career teaching law before becoming a church planter and pastor. He was co-pastor of City Church Birmingham for 11 years and was appointed National Director of FIEC (Fellowship of Independent Evangelical Churches) in 2010. He is passionate about […]

Ruth Naomi Floyd has been at the forefront of creating vocal jazz settings that express theology and justice for over 25 years. A lecturer on the intersection of beauty, theology, justice, culture and the Arts, she is devoted and active in providing compassionate care and spiritual support to people infected and affected by HIV and […] 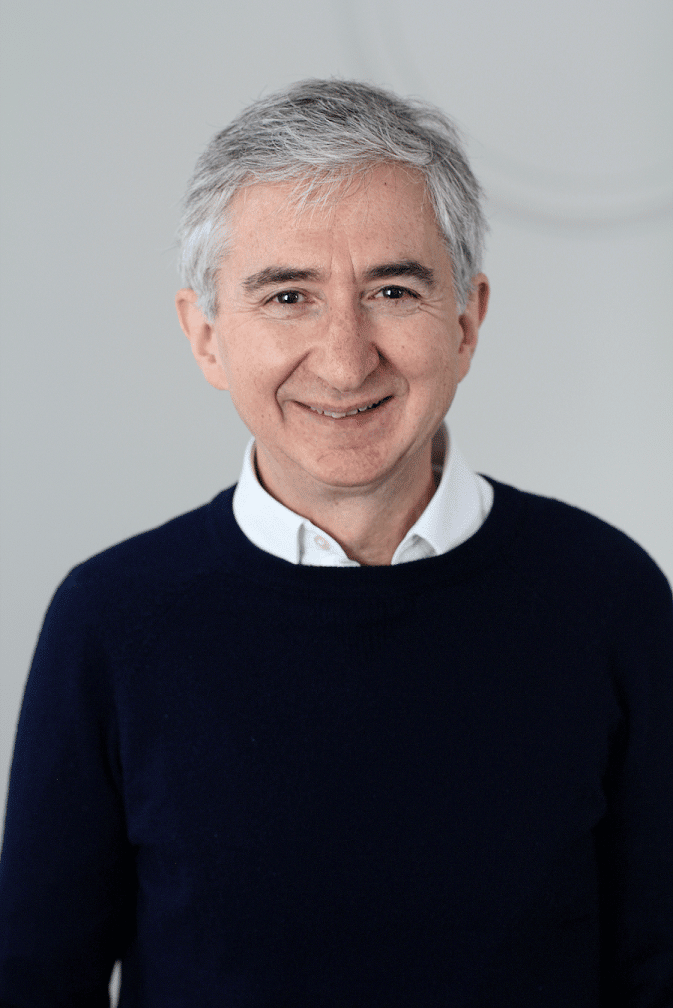 Mark Greene, ex-adman (and still prepared to admit it) and ex-Bible College vice-Principal, has been a pioneer and champion for everyday mission and ministry for all God’s people, including the workplace, for over thirty years. His writing includes Thank God it’s Monday, Transforming Work, and Fruitfulness on the Frontline. He is now the Mission Champion […] 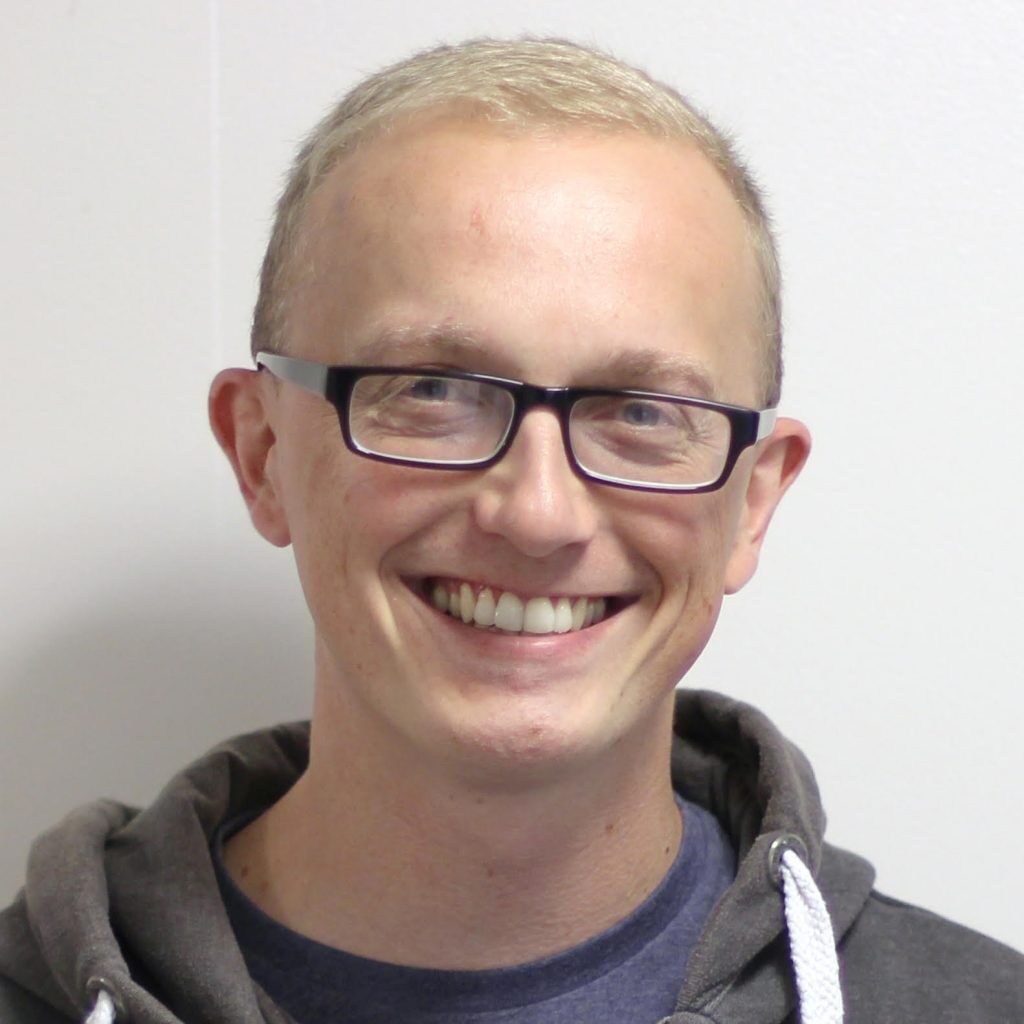 I’m married to Sarah and we have three rapidly-growing kids. We love Keswick and have been serving at the Convention for around 20 years. I’m currently Lead Pastor at Grace Community Church, Bedford. 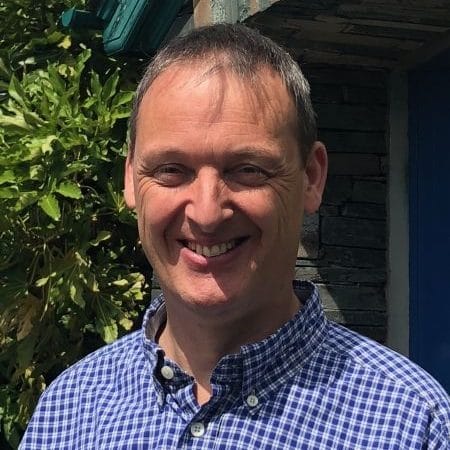 Before leading Keswick Ministries, James was involved in the training of church leaders for nearly 20 years, helping with their formation and teaching them the Old Testament. He taught for 10 years at Oak Hill College, and then for seven years at Wycliffe Hall, Oxford University, where he was Senior Tutor and part of the […] 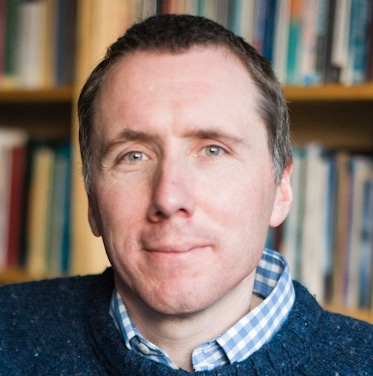 Tim Chester is a faculty member of Crosslands Training, a former Trustee of Keswick Ministries, and an author. 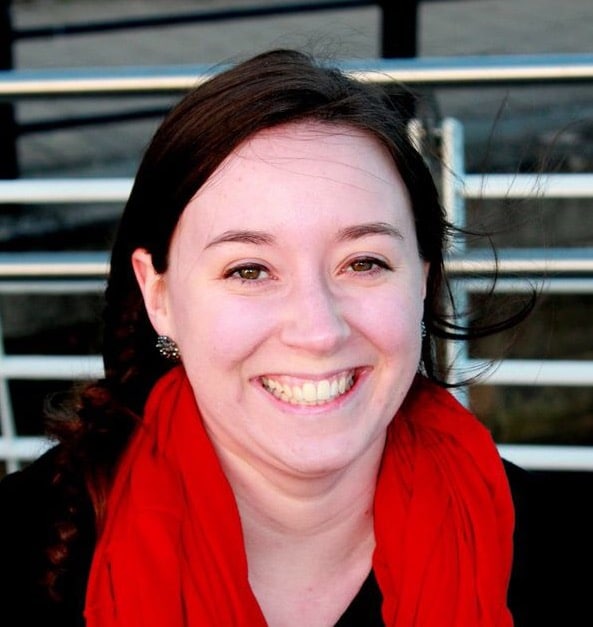 Ellidh grew up in Cumbria and then studied Theology at St Andrews and Durham, with a particular focus on Old Testament texts and their portrayals of violence against women.  She has been involved in student ministry for 15 years and now lives in London where she is part of the ministry team at All Souls […] 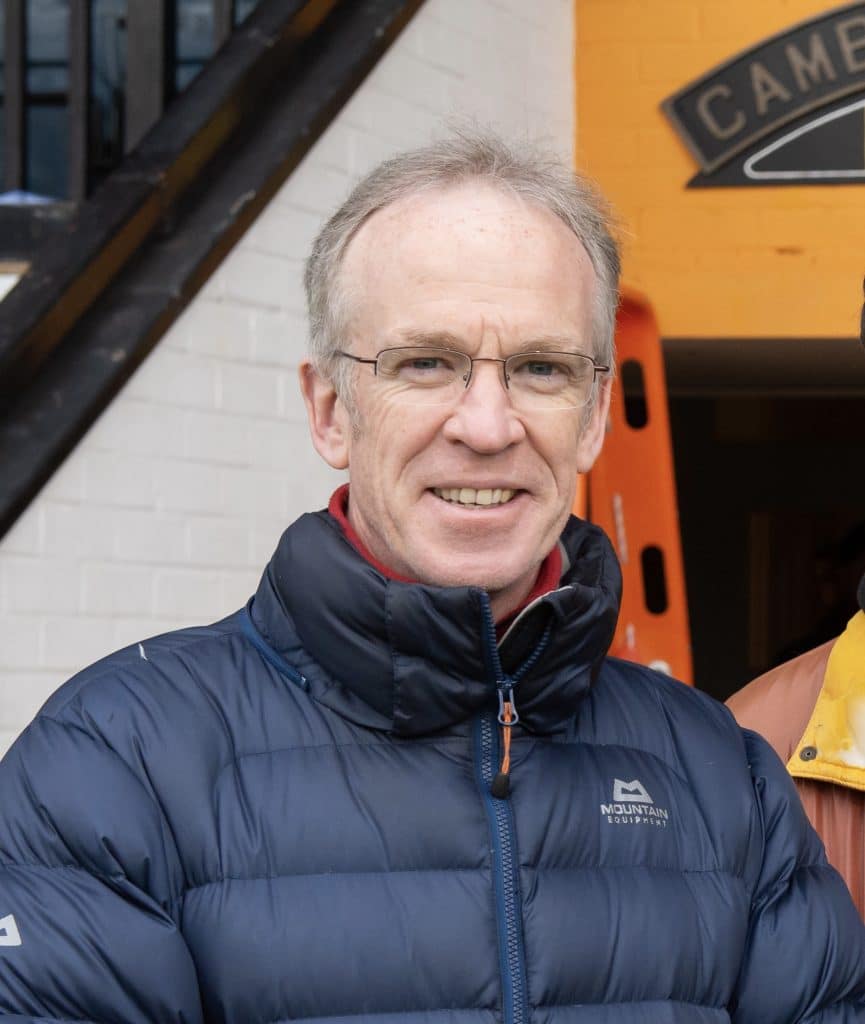 Alasdair is Vicar of St Andrew the Great – serving the same parish where he first heard the good news explained, as a student. He was previously in ministry in Bournemouth and Exeter. He’s married to Rachel and they have three grown-up children. He is involved in the leadership of the Keswick Convention and is […] 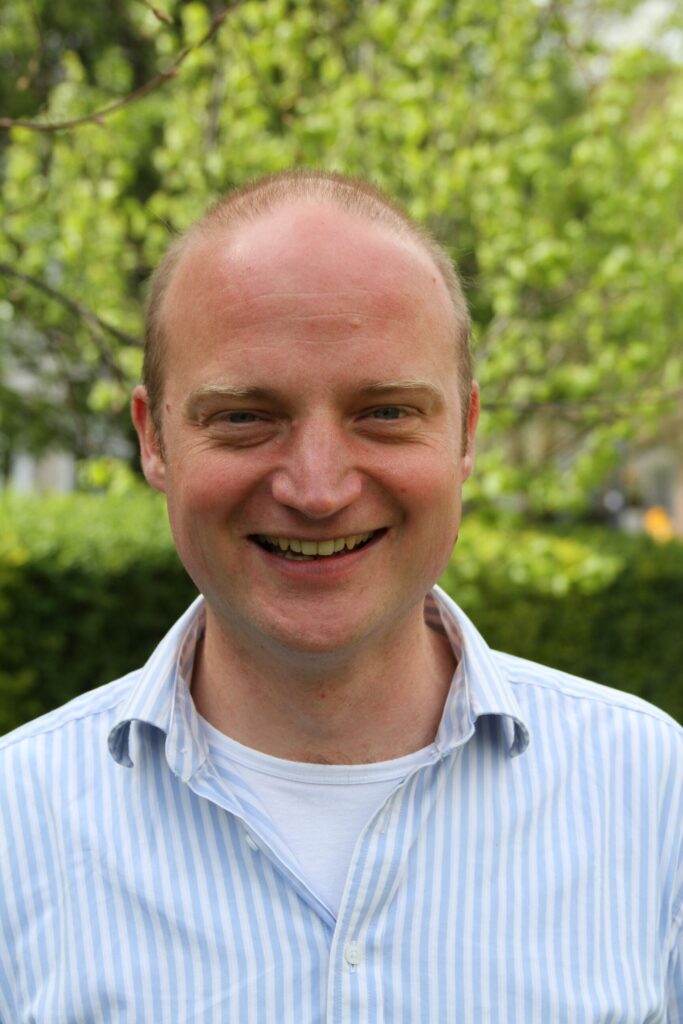 Jonty is the Pastor of the Globe Church in Central London, married to Linda and father of three boys. He studied chemistry but really loves the arts and is a half-hearted supporter of Southampton football club.

Dr Kandiah is a social entrepreneur with a vision to help solve some of society’s seemingly intractable problems through building partnerships across civil society, faith communities, government and philanthropy. Krish is the founding director of the Sanctuary Foundation that has helped mobilise thousands of individuals, churches and businesses to support refugees. He is the chair […] 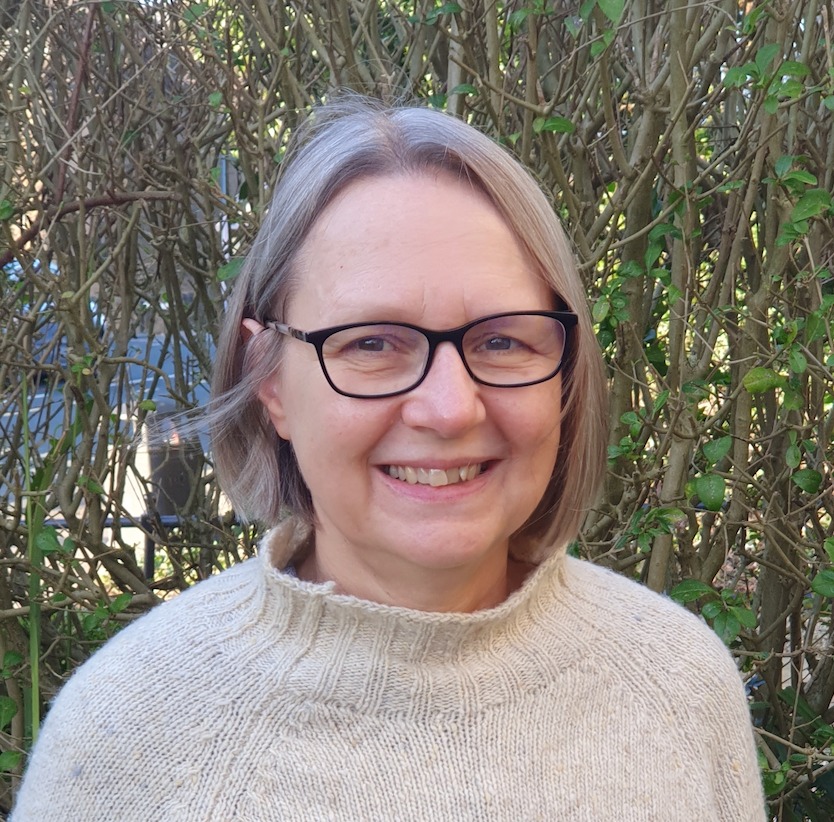 Karen oversees Women’s Ministry at Trinity Church, Lancaster. She is the chair of the Northern Women’s Convention and Women’s Ministry Director for Anglican Mission in England. She has been teaching the bible for over thirty years in a variety of settings. Her passion is to get people reading the bible and spends as much time […] 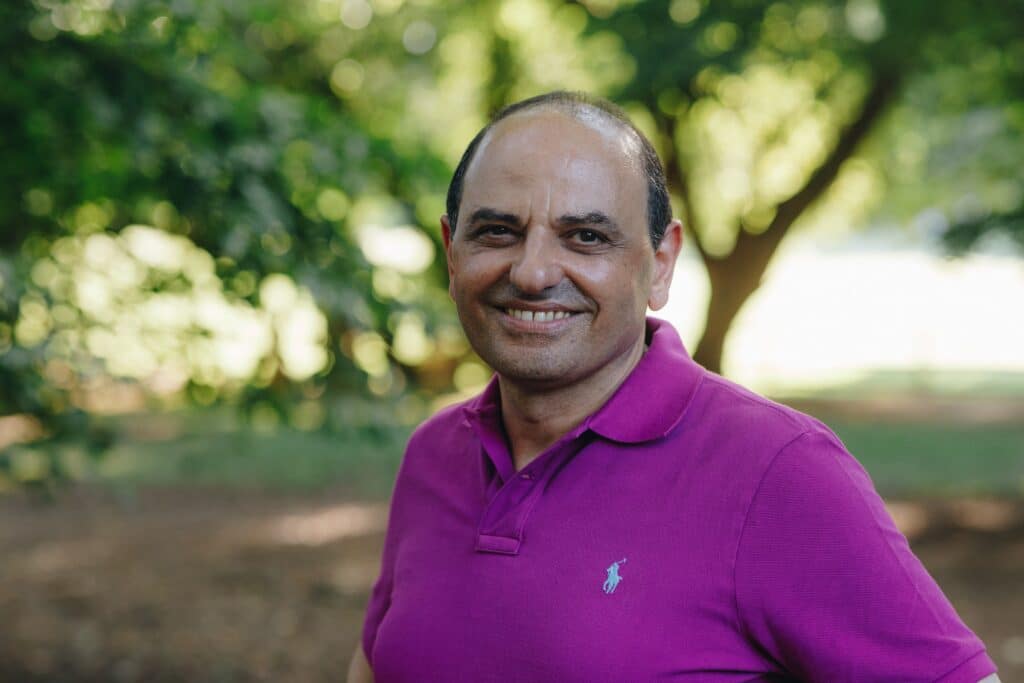 J.John (Revd Canon) has been an evangelist for four decades. He has spoken in towns, cities and universities in 69 countries. This has included 36 series of just10, re-examining the Ten Commandments, where the combined attendance exceeded one million people. In 2017 he launched JustOne at the Arsenal Emirates Stadium in London, and JustOne events […] 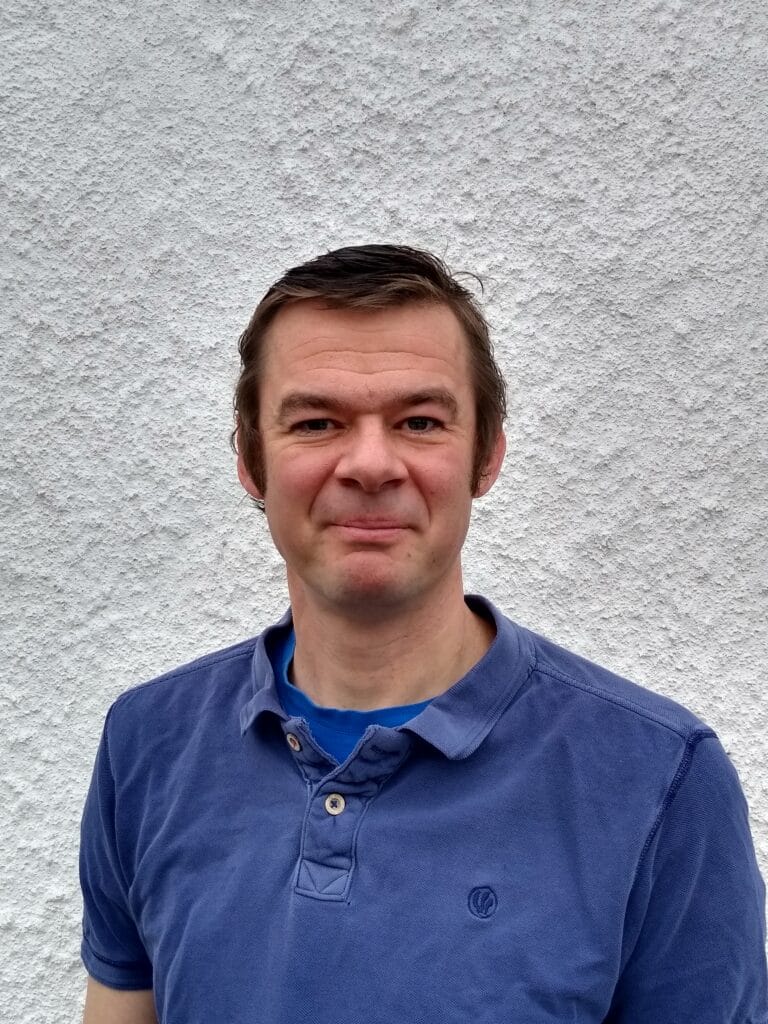 Ed Drew is the founder and Ministry Director of Faith in Kids, which exists to see confident parents and thriving churches raising children together to trust Christ eternally (www.faithinkids.org). He is the author of Meals with Jesus, the Wonder of Easter and The Adventure of Christmas. He is the presenter of the Faith in Kids […] 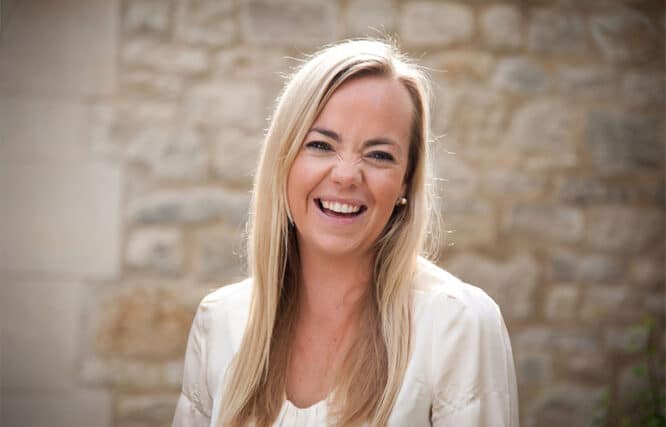 Dr Amy Orr-Ewing is an international author, speaker and theologian who addresses the deep questions of our day with meaningful answers found in the Christian Faith. She is the author of multiple books including Where is God in All the Suffering? and bestselling, Why Trust the Bible? Over the course of her career, Amy has […] 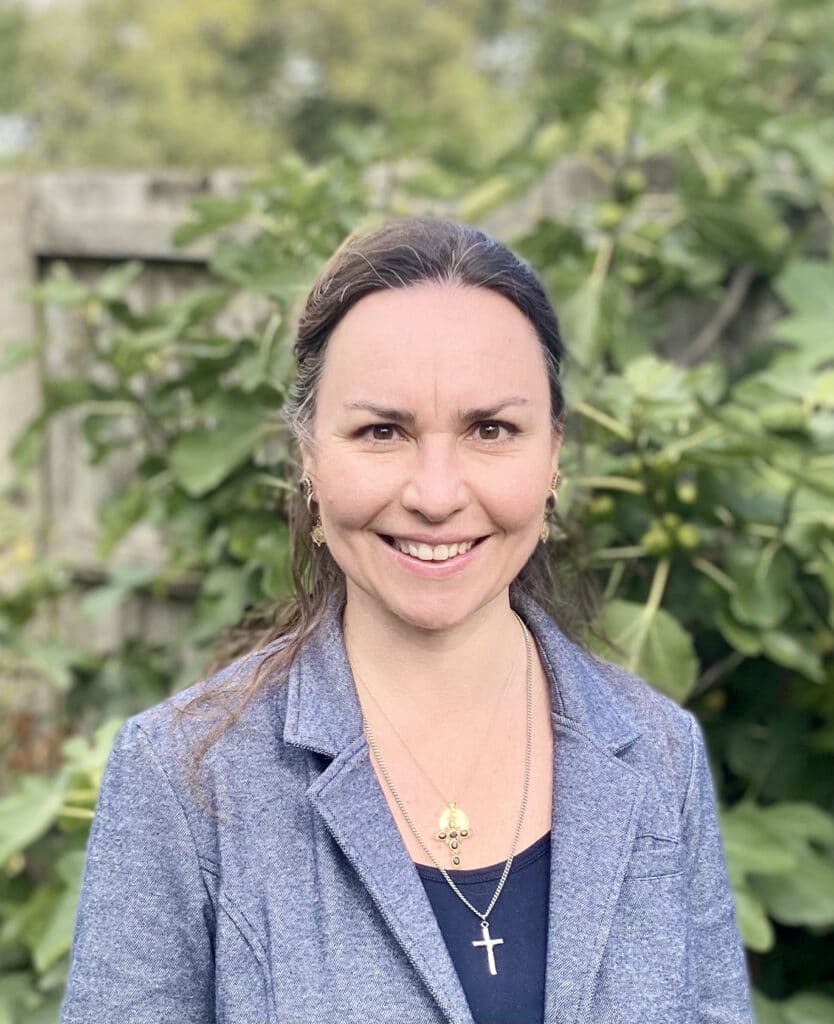 Rosalee is a Brazilian theologian from São Paulo. She served as the New Testament editor of the Latin American Bible Commentary (Langham International project) and is the former Principal of Redcliffe College. She currently works as Director of Church Relations for the United Bible Societies. Rosalee lives in Birmingham, UK with her family. 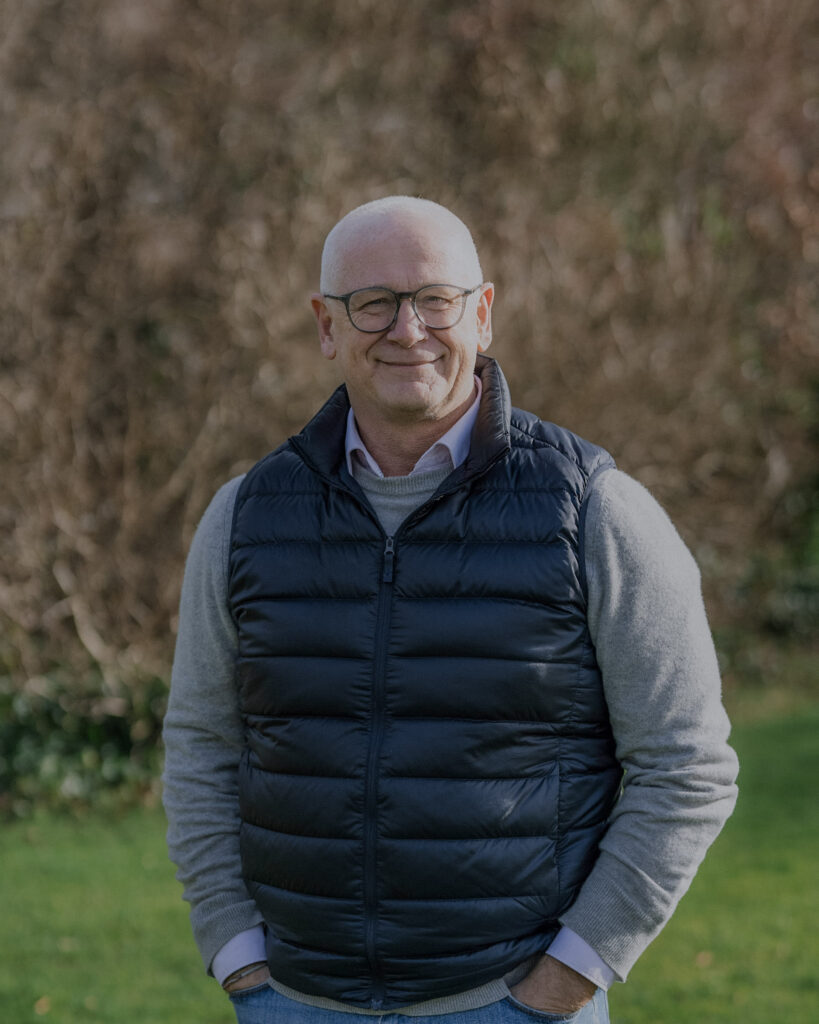 Richard Coekin is Senior Pastor of Dundonald Church, Raynes Park, London and Director of Co-Mission, a church planting movement in London. He is the author of several books including The Reluctant Evangelist and Faith for Life. He is married to Sian and they have five children. 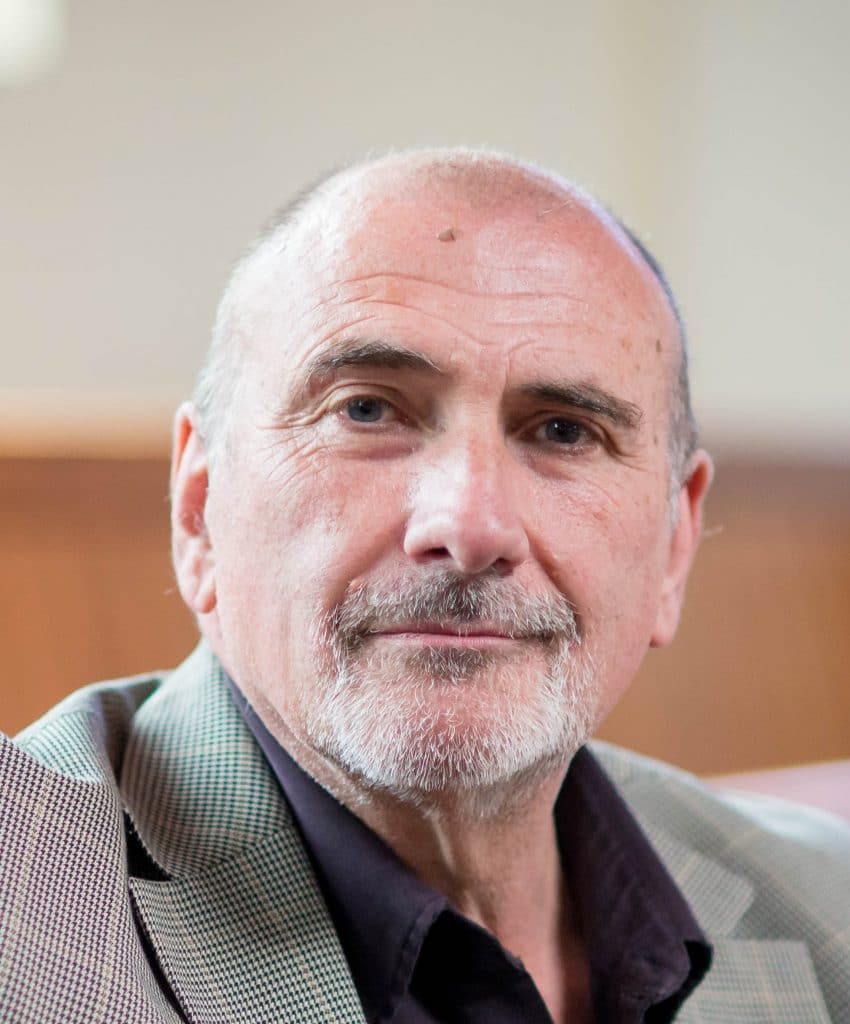 Paul is married to Edrie and they have four children and eight grandchildren. He has served as a pastor for forty years in three different churches. He has also been involved in a variety of schemes training people for Christian ministry and has written several books. 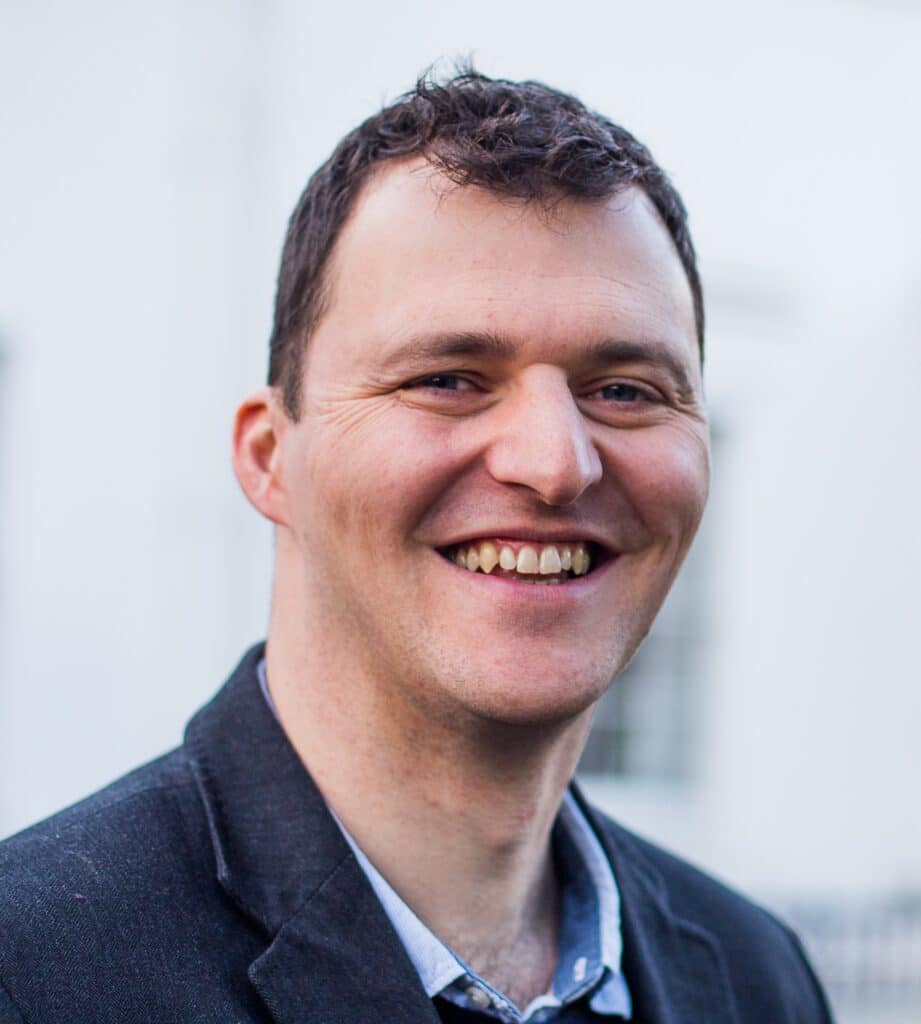 Matt loves helping people delve deeper into the riches of God’s word, and particularly loves Biblical Theology, seeing God’s one glorious plan of salvation through the scriptures. Having served in local church ministry for a number of years, he now works for Crosslands Seminary, equipping others to teach God’s word. He is married to Toni, […] 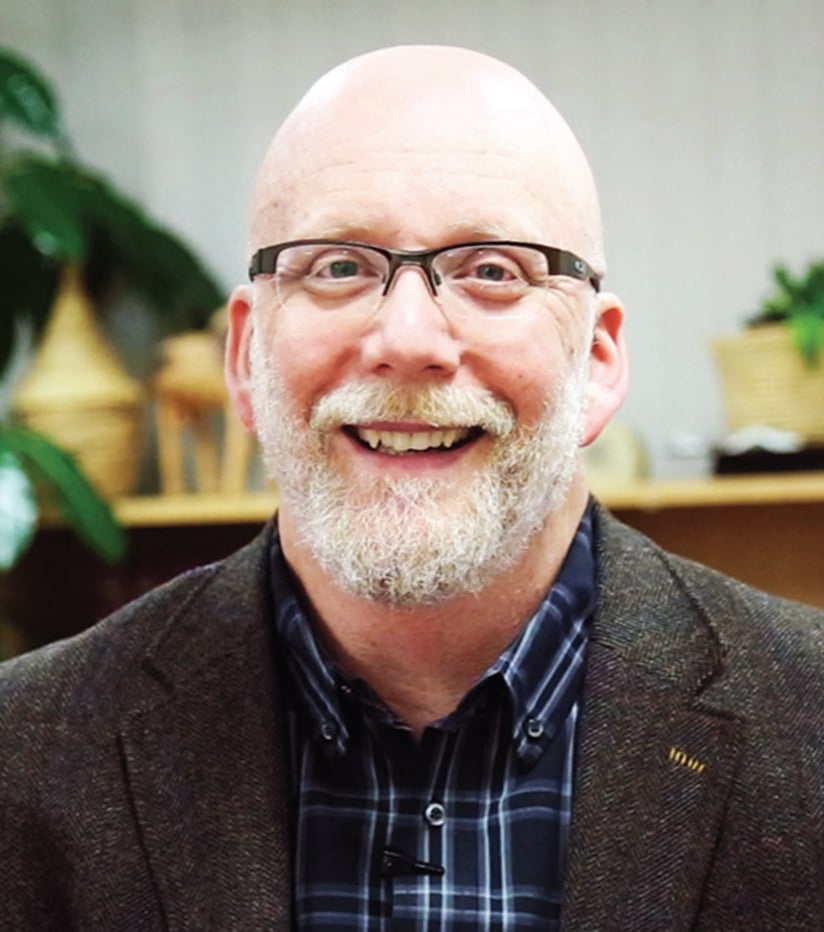 Joseph is CEO of International Mission to Jewish People. Joseph grew up in a Jewish family in Richmond, Virginia, and came to faith in 1979. After graduating from Moody Bible Institute, Joseph arrived in the UK as a missionary and over 30 years has served as a priest in the Anglican Church, as UK Director […] 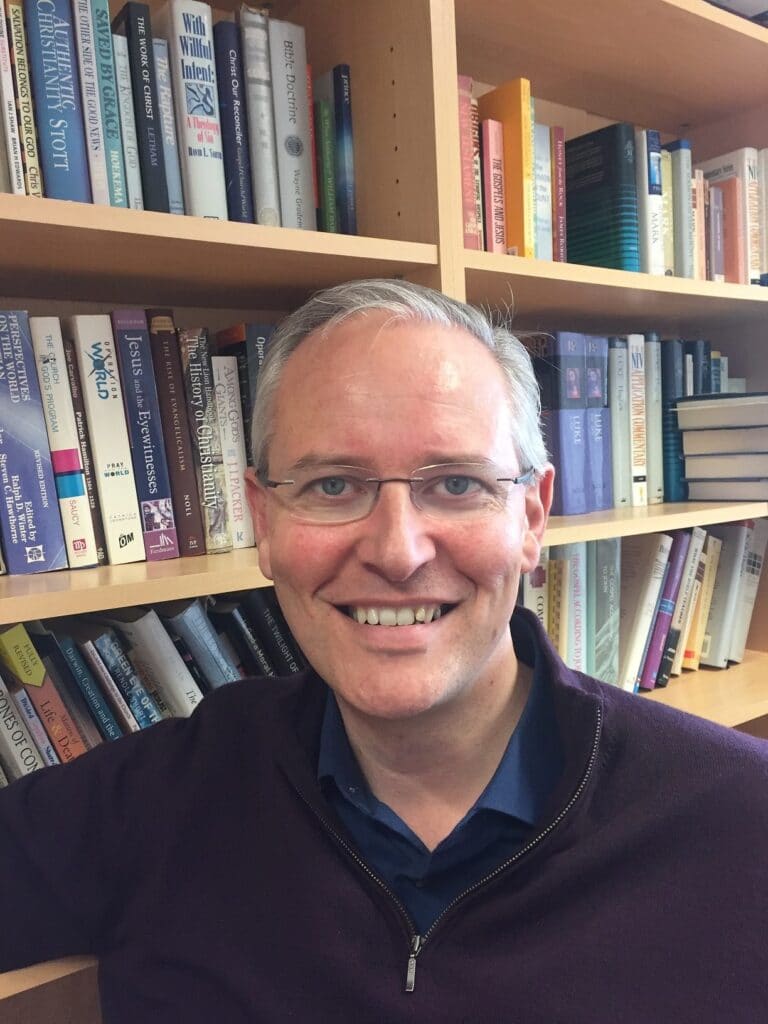 Jeremy McQuoid is the current chair of the board of trustees at Keswick Ministries. He is Teaching Pastor at Deeside Christian Fellowship, in Aberdeen, and married to Elizabeth, the commissioning editor at Keswick. He trains men and women for Gospel ministry, and has written several books including ‘the Amazing Cross’ (IVP), and devotional guides to […]